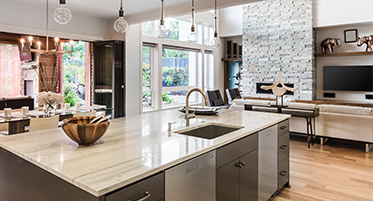 The famous Westmount neighbourhood in Montreal is undoubtedly the most affluent in the province of Quebec. Home to and the envy of numerous embassies, politicians and Quebec business moguls, it is steeped in history, charm and architectural treasures. One of the oldest neighbourhoods in Montreal, Westmount is scattered with mature trees and parks, and is located just outside the city centre. There is an abundance of Carriage Trade listings in this sector, where the price of luxury properties is estimated to be between $2 and $9 million.

Close to the urban jungle of downtown Montreal and all its services, the City of Westmount extends 3.9 kilometres west of the famous Mount Royal. It is the largest green square in the city, with nearly 21,000 inhabitants. Westmount is bordered, namely, by Atwater, Saint-Antoine and Côte-des-Neiges streets, with Sherbrooke Street running east to west.

The pinnacle of refinement

Best known for its Victorian and Colonial style manors, architectural beauty and commitment to protecting its heritage value, it was named a Site of Historic Significance by the Canadian government in 2012. Its many heritage attractions include several churches and synagogues, libraries and the Gallery at Victoria Hall.

Westmount’s proximity to McGill University on the edge of downtown Montreal and Mount Royal is a significant factor in property development. In real estate, geographic location is the key factor in determining a property’s market value.

Apart from the architecture, Westmount’s prestigious properties and small castles also offer a myriad of luxury amenities, such as a private park, a tennis court, a guest house, visitor apartments with an en suite bathroom, numerous parking spaces, high quality materials and more. The feng shui of the neighbourhood is also appealing to many homeowners.

A utopia for active people and jet setters

The list of Westmount luxury apartment buildings is long. One example is Westmount Square, a housing complex built in 1967 at the corner of Saint Catherine Street and Wood Street, designed by German-American architect Mies van der Rohe. Bordered by De Maisonneuve Boulevard and Greene Avenue, Westmount Square’s location puts residents within walking distance of local shops. Units in one of these prestigious housing complexes can range between $500,000 and $3,000,000.

High fashion aficionados living in Westmount will often be within walking distance of Holt Renfrew, Ogilvy and other designer boutiques downtown. Fitness enthusiasts can work up a sweat at the Westmount YMCA.

Westmount is undoubtedly the definition of ultimate luxury in Montreal and is home to a close-knit community committed to preserving the neighbourhood’s heritage.

The best schools and abundant parks

The city of Westmount is home to Montreal’s most prestigious educational and academic institutions, from primary school to university. These include Roslyn Elementary School, Westmount Park Elementary School, Miss Edgar and Miss Cramp’s School, The Study, the Villa Sainte-Marcelline French School, the Selwyn House School, Dawson College, Marianopolis, and of course McGill University.

Westmount parks are sublimely beautiful and exceptionally well-maintained. Located at the bottom of the mountain with a beautiful waterway running through it, the 26-acre Westmount Park is home to the city’s first library, Victoria Hall, as well as tennis courts and playgrounds. Surrounded by Chemin de la Côte-Saint-Antoine and Westmount Avenue, Murray Hill Park is one of the most picturesque green spaces in downtown and offers one of the most beautiful views of the city. The Westmount Summit on top of the mountain is over 57 acres, making it the largest green space in Westmount as well as a designated bird and wildlife sanctuary.