At Royal LePage, our REALTORS® hard work and achievements are well recognized through an established awards and recognition program. Every year, in every province across Canada, top performing Royal LePage real estate professionals are recognized for their outstanding sales performance.

To view a portion of our Ontario award-winning sales force of more than 2,500 recipients, click here. Inclusion in this supplement was at a cost to those who chose to participate.

Listed below are the descriptions and qualifications for all Royal LePage agent awards: 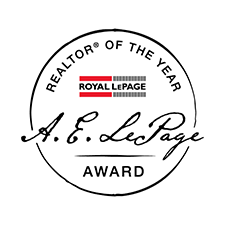 Top 35 under 35
A national, production-based award that recognizes top producing Royal LePage REALTORS®, aged 34 years old or under, within the qualification period. This award is given to individuals and team leads for closed and collected GCI and closed units sold.

Royal LePage Rookie of the Year
Eligible candidates must be licensed for two years, and new to the business. The Rookie’s first 12 months in the business is the GCI used to determine winners. The award is given out to a Royal LePage REALTOR® in each region: British Columbia, the Prairies, Ontario, Quebec and the East Coast, and from the regional winners, one national winner is determined. 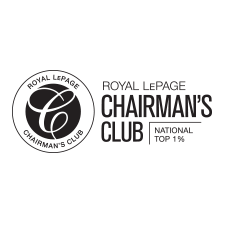 Royal LePage Hall of Fame
Members of the Lifetime Chairman’s Club become candidates for the Royal LePage Hall of Fame two decades after earning their first National Chairman’s Club award. Inductees will be people who have had a significant, positive impact within the industry and Royal LePage; people who are well regarded by their peers; and who are recognized as significant contributors to the communities in which they live and work.

Award of Excellence
For first-time inductees, repeat qualifiers, and sustaining members, attaining the Royal LePage President’s Gold Award‡, five out of seven consecutive years. The Lifetime Award of Excellence is presented to those who achieve the Royal LePage President’s Gold Award‡,10 out of 14 consecutive years in standing.

Diamond Award*
Award winners represent the top three per cent in their marketplace.

President’s Gold Award*
Award winners represent the top six to ten per cent in their marketplace.

Master Sales Award*
Award winners represent the top 11-20 per cent in their marketplace.

Sales Achievement Award*
Award winners represent the top 21-25 per cent in their marketplace.

Years of Service
Individuals who have been with Royal LePage for five years or more, and recognized in five-year increments.

Royal LePage Top Tier Program
The program’s member status is enjoyed by Royal LePage REALTORS®, who have achieved one of the following awards, in the previous year; National Chairman’s Club, Red Diamond, Diamond or Director’s Platinum awards. To maintain Top Tier status, a REALTOR® must maintain the Director’s Platinum award or better for 2 of 3 years.