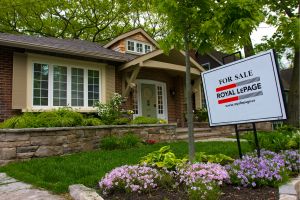 TORONTO, April 7, 2016 – According to the Royal LePage House Price Survey[1] released today, Canada’s residential real estate market showed strong year-over-year price increases in the first quarter of 2016.  The Greater Vancouver and Greater Toronto Area (GTA) real estate markets continue to lead the country in home price appreciation, with Canada’s economic landscape supporting robust housing demand in these metropolitan areas.  Additionally, an emerging trend of inter-provincial migration to British Columbia and Ontario from commodity-focused economic regions such as Alberta is expected to put further upward pressure on home prices in these areas in the coming months.  Meanwhile in Quebec, the residential real estate market in the Greater Montreal Area is showing the most promising signs of renewal seen in recent years, posting home price increases and a noticeable surge in unit sales in the first quarter.

“A glance at our national house price composite points to a very strong Canadian real estate market, yet the findings contain extreme regional disparities of the kind we haven’t seen in over a decade,” said Phil Soper, president and CEO, Royal LePage. “Like an economic triumvirate, the impact of rock-bottom interest rates, the low Canadian dollar and a rapidly expanding U.S. workforce are stimulating economic growth and housing demand in our largest metropolitan areas. Conversely in cities like Calgary, the ongoing drags in depressed energy prices and worrisome employment trends have taken a material bite out of sales volumes. As a lagging indicator, home prices in Alberta and Newfoundland are just beginning to adjust to the lower demand.”

In Alberta, year-over-year home price declines have trailed the drops in sales volumes that began in 2015, but are now starting to emerge in varying degrees across the province. Calgary, with its large population of oil company head-office professionals and less affordable housing, is expected to see more of a price adjustment during the year than will be seen in Edmonton, where prices remain relatively flat. In contrast, the GTA and Greater Vancouver markets are skewed in favour of the seller, with a shortage of inventory and growing demand putting upward pressure on prices.

“Redistribution of labour across the country is further reinforcing disparities among housing markets, as the broader impacts of the oil recession on Alberta’s economy take hold.  For the first time in many years, we are witnessing an out-migration trend in the province, as economic conditions and employment prospects dim,” continued Soper. “We expect British Columbia, followed by Ontario, to be the top recipients of new household inflows in the coming year, which will further fuel housing demand and price appreciation in Greater Vancouver and the GTA.  This is in sharp contrast to the situation from 2011 to 2014, and in the mid 2000’s, when a booming energy sector attracted families from all over Canada to Alberta.”

The Royal LePage survey also showed a noticeable divergence between Canada’s two hottest markets: while the GTA sustained its trajectory of an aggregate year-over-year home price increase in the 8 per cent range (8.4 per cent), the Greater Vancouver market accelerated at rarely seen appreciation levels, surpassing a 20 per cent (21.6 per cent) aggregate year-over-year home price increase for the region.

“Following a multi-year period of stalled economic and residential real estate market growth, the Greater Montreal Area is seeing a frankly wonderful upswing in demand and unit sales, which often foreshadows stronger home price appreciation,” said Soper. “While Quebec has been slower to reap the economic benefits of more affordable energy costs in addition to the big three factors driving markets elsewhere in Canada – low interest rates, a lower dollar and expanding U.S. economy – the region is turning a corner.  My vote goes to Montreal as the city most likely to exceed expectations in 2016.”

In addition to low interest rates, the low dollar, and an expanding U.S. economy, in the coming year, Montreal’s housing market is expected to gain traction as a result of strong export performance driven by a steady recovery in the manufacturing and services sectors.  Large infrastructure projects such as work on the Champlain Bridge and on the Turcot Interchange are also expected to contribute to local employment, with the Conference Board of Canada[3] projecting that these two projects alone will reverse three years of decline in Montreal’s construction sector.

“The mood is shifting in Quebec amid a renewed era of political stability and economic promise,” added Soper. “This year we expect to see improved business and consumer confidence in the province, which will result in stronger demand for larger purchases such as houses. Home buyers are well positioned as housing is much more affordable than in other large business centres such as Vancouver and Toronto.”

Outside of British Columbia and Ontario, year-over-year changes in house prices were generally modest in the first quarter.  In Atlantic Canada, Moncton saw the largest gains, posting an aggregate home price increase of 3.4 per cent, while the remainder of the Atlantic regions surveyed saw slight to moderate declines. In other parts of Western Canada, Winnipeg home prices increased 3.8 per cent year-over-year, while Regina and Saskatoon, feeling some of the impact of declines in commodity prices and net-migration, saw slight decreases of 1.1 per cent and 0.3 per cent, respectively.

“The economic miracle that is contemporary Canada is driven in significant measure by our success at attracting quality immigrants to our land. While this is not new news, the possibility of a Donald Trump presidency has put renewed global focus on the often stark differences in opportunity and attitude that exist on either side of our huge border. In what started as a media prank, Canada’s attractiveness as a more realistic place to pursue life, liberty and happiness is gaining traction even in America. While we may just be a curiosity for many in the United States, the Cape Breton advertising campaign urging Americans to move north, as well as the record number of Americans googling ‘how to move to Canada’ reinforces the worldwide strength of brand-Canada as a prosperous and tolerant place to raise a family,” concluded Soper.

In the Greater Montreal Area, the housing market saw signs of renewal with the aggregate price of a home in the region rising 1.8 per cent to $342,909. The median price for a bungalow saw a moderate 1.5 per cent increase to $282,266 year-over-year, while two-storey homes saw a 3.3 per cent increase to $444,179. The median price of a condominium remained stable at $279,893 with a 0.9 per cent decrease from the same period last year.

Home prices continue to increase significantly in the Greater Toronto Area, with the aggregate price of a home rising 8.4 per cent over the previous year to $613,733. The median price for a two-storey home rose 9.3 per cent year-over-year to $724,901. Bungalows appreciated by 8.7 per cent to $603,353.  Condominiums also saw moderate price growth during the quarter, increasing 4.5 per cent to a median price of $366,714.

Home prices in Greater Vancouver continued to see significant appreciation during the first quarter of 2016, with the aggregate price of a home rising 21.6 per cent year-over-year to $1,044,750. The median price for bungalows in Greater Vancouver surged 25.7 per cent year-over-year to $1,116,136, while two-storey homes climbed 23.6 per cent to $1,418,231. Condominiums also saw notable growth during the quarter, increasing 9.5 per cent to $487,300.