Housing supply and affordability is a priority for a majority of Quebecers in the upcoming provincial election; Royal LePage survey 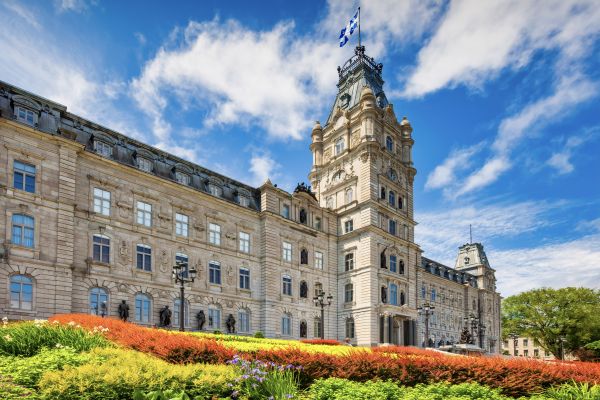 MONTREAL, September 20, 2022 – According to a survey by Royal LePage[1], conducted by the Léger firm among 1,061 Quebecers of voting age, the voting intentions of most voters in the October 3rd provincial election will be influenced by the housing policy promises of the various political parties.

“It is obvious that Quebecers were affected by a long period of brisk real estate market activity. This brought to light a gap between the dream of becoming a homeowner and the chronic shortage of available properties,” said Dominic St-Pierre, vice president and general manager for Royal LePage in Quebec. “Today, though several real estate markets in the province have seen property prices stabilize or even decrease over the past few months, the supply of available housing remains much lower than before the pandemic.”

Despite some moderation in the Quebec real estate market over the last several months, the province continues to see a shortage of approximately 100,000 housing units.[2]

Following the Bank of Canada’s decision this month to raise its key interest rate for the fifth consecutive time since March of 2022, and as inflation remains high in the country, Royal LePage investigated whether these economic issues have affected property purchase intentions of Quebecers. Survey results reveal that since the start of 2022, the rising cost of living (including higher interest rates and inflation), has caused one in five respondents (21%) to postpone or deprioritize the purchase of a property. Among respondents aged between 18 and 34, the proportion rises to slightly over one third (32%). Overall, 55% of respondents said they had no plans to purchase a property this year.

A recent Royal LePage survey[3] on the homebuying trends of Canadian millennials also established that the desire to be a homeowner is very present among this generation of Quebecers, now aged 26 to 41. In fact, 74% of the cohort who are not currently homeowners believe that they will be in the future. However, the cost of living is an obstacle for many of them, as 43% of respondents in the province said they do not believe that their salary will increase at a rate that would allow them to buy a property in their current place of residence.

“For the provincial election, the majority of political parties are proposing to invest in improving social housing, which is a positive thing in itself,” said St-Pierre. “However, it is concerning that some platforms do not take into account the home ownership challenges of middle-class households whose purchasing power has been greatly reduced by inflation, rising interest rates and higher home prices,” he said. “To make home ownership more affordable, the province needs a broader integrated housing strategy that, in conjunction with federal and municipal initiatives, addresses the many facets of the housing supply shortage and the barriers to affordability for all segments of the population,” he concluded.

An online survey of 1061 Quebec residents aged 18+ was completed between September 9, 2022 and September 11, 2022, using Léger’s online panel. No margin of error can be associated with a non-probability sample (i.e., a web panel in this case). For comparative purposes, though, a probability sample of 1061 respondents would have a margin of error of ±3.0%, 19 times out of 20.

Serving Canadians since 1913, Royal LePage is the country’s leading provider of services to real estate brokerages, with a network of more than 20,000 sales representatives in 600 offices across Canada. Royal LePage is the only real estate company in Canada to have its own charitable organization, the Royal LePage Shelter Foundation, dedicated to supporting women’s and children’s shelters and educational programs aimed at ending domestic violence. Royal LePage is an affiliate of Bridgemarq Real Estate Services Inc., an entity listed on the Toronto Stock Exchange under the symbol “TSX: BRE” For more information, please visit www.royallepage.ca.

[1] An online survey of 1061 Quebec residents aged 18+ was completed between September 9, 2022 and September 11, 2022, using Léger’s online panel. No margin of error can be associated with a non-probability sample (i.e., a web panel in this case). For comparative purposes, though, a probability sample of 1061 respondents would have a margin of error of ±3.0%, 19 times out of 20.

[3] Six in ten non-homeowner millennials in Canada believe they will one day own a home, but half say they would have to relocate: Royal LePage Survey