Home price correction softens at the end of 2022 in the Greater Montreal Area, according to Royal LePage 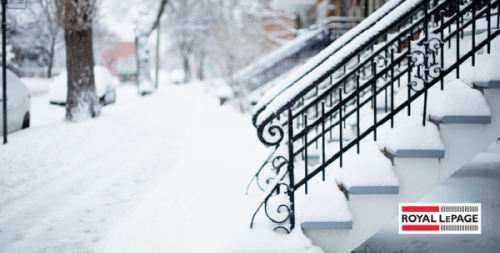 MONTREAL, January 13, 2023 – The Royal LePage House Price Survey and Market Survey Forecast, released today, shows that the fourth quarter of 2022 may well have been the last for year-over-year price increases in the Greater Montreal Area, marking an end to the exuberant home price increases of recent years. The price correction that began during the second quarter of 2022 is expected to erase the gains of the past year sometime during the first quarter of 2023 in most Greater Montreal Area markets, while the rate of price appreciation will end its year-over-year upward trajectory.

During the fourth quarter of 2022, the majority of markets surveyed recorded modest year-over-year price increases, pushing the aggregate[1] price of a home in the Greater Montreal Area to $544,300, an increase of 2.2% over the same quarter in 2021. Montreal Centre and Montreal West were the exceptions, with year-over-year decreases in the aggregate price of 3.4% and 4.5%, to $646,600 and $634,600, respectively.

During the same period, the median price of a single-family detached home in the Greater Montreal Area increased 1.0% year-over-year to $601,500, but was down 3.2% over the third quarter of 2022. The median price of a condominium, meanwhile, rose 3.8% year-over-year to $445,100, and 2.9% over the third quarter of 2022. Price data, which includes both resale and new build, is provided by Royal LePage’s sister company RPS Real Property Solutions, a leading Canadian real estate valuation company.

“The fourth quarter price data is encouraging as we begin the new year,” noted Dominic St-Pierre, vice-president and general manager of Royal LePage for the Quebec region. “The dips observed between the second and third quarters were much larger than those observed between the third and fourth in all Greater Montreal markets except for the South Shore, which tells us that the price correction eased during the last quarter of the year and prices are stabilizing.”

Although the price correction has undone most of the gains seen in 2022 in the Greater Montreal Area, those made since the fourth quarter of 2019 remain considerable. The potential resale profit for an owner who purchased during that period is as high as 25.4%, or $110,307, for a property with the current median price of $544,300. Furthermore, outlying areas have seen even greater gains from 2019 to 2022, with the North Shore leading the way at 46.5%. This confirms the strong demand for properties located closer to recreational activities, which began during the pandemic.

The fourth quarter of 2022 also saw the sixth and seventh consecutive increases in the Bank of Canada’s overnight lending rate, which tempered real estate demand as the year drew to a close, and increased the financial burden on households, in particular for those who had to renew their mortgage loans, had chosen a variable-rate mortgage, or had purchased a property during the period.

“The current inflationary cycle is challenging for many households, especially after the holiday season,” St-Pierre added. “That said, and in spite of higher borrowing rates, property supply has returned to the levels we saw in late 2016, a time when the market was more balanced. Although prices are considerably higher than they were in 2016, buyers should have more options in 2023, along with more negotiating power.”

While the Greater Montreal Area started to see prices come down this past quarter compared with the same period last year, all other surveyed markets in Quebec outside of Greater Montreal continued to post price increases, ranging from 4.7% to 12.0% year-over-year.

That trend is likely to be reversed in 2023, Royal LePage predicts, with property prices in the Greater Montreal Area expected to stabilize in the second half of the year, while regions elsewhere in the province are likely to see price declines.

“Quebec’s regions and suburban areas attracted an unprecedented number of buyers during the pandemic, pushing the market value of properties to all-time highs,” said St-Pierre. “Since the price correction is reaching the regional markets later than in Greater Montreal, we expect that the trend observed over the past three years will be reversed, and Montreal will once again see a greater demand than other regions. In Greater Montreal, we should see price stabilization followed by modest to moderate growth once interest rates start to come back down, possibly at the end of 2023 or in the first half of 2024,” he concludes.

Click here to see analyses from other regions of Canada.

The Royal LePage House Price Survey provides information on the most common types of housing in Canada, in 62 of the nation’s largest real estate markets. Housing values in the Royal LePage House Price Survey are based on the Royal LePage Canadian Real Estate Market Composite, produced quarterly through the use of company data in addition to data and analytics from its sister company, RPS Real Property Solutions, the trusted source for residential real estate intelligence and analytics in Canada. Commentary on housing and forecast values are provided by Royal LePage residential real estate experts, based on their opinions and market knowledge.

Serving Canadians since 1913, Royal LePage is the country’s leading provider of services to real estate brokerages, with a network of approximately 20,000 real estate professionals in over 600 locations nationwide. Royal LePage is the only Canadian real estate company to have its own charitable foundation, the Royal LePage Shelter Foundation, dedicated to supporting women’s and children’s shelters and educational programs aimed at ending domestic violence. Royal LePage is a Bridgemarq Real Estate Services Inc. company, a TSX-listed corporation trading under the symbol TSX:BRE. For more information, please visit www.royallepage.ca.

[1] Aggregate prices are calculated using a weighted average of the median values of all housing types collected. Data is provided by RPS Real Property Solutions and includes both resale and new build.