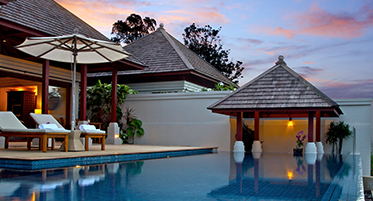 The Bridle Path is Toronto’s most sought after address where many of Canada’s wealthiest families have built extravagant properties designed to accommodate their luxurious lifestyles. The neighbourhood is characterized by impressive multi-million dollar mansions on large estates, and is prized for its privacy and exclusivity. The residents of the Bridle Path have an average net worth of well over $20 million earning it the distinction of being Canada’s most affluent neighbourhood. Given the tremendous wealth in the community, luxury homes for sale in the Bridle Path are commonly listed at over $10 million. Carriage Trade listings in the neighbourhood include gated palatial estates and architectural masterpieces listed at over $2.1 million.

The Bridle Path is located in the north end of Toronto in the old borough of North York. The Bridle Path is the name of a specific road, however it is commonly used to refer to the entire area between Bayview Avenue to the west, Wilket Creek to the east, Sunnybrook Health Sciences Centre to the south, and the street named the Bridle Path to the north. The neighbourhood’s name comes from early plans to have a system of equestrian bridle paths through the area.

When the Bridle Path was subdivided it was broken into about 50 lots, each with a minimum size of at least two acres. There are few streets which run all the way through the Bridle Path, contributing to the neighbourhood’s exclusivity and making it easy to forget that the hustle and bustle of Toronto is not far away. Between the 1930s and the 1960s the area began to take shape as owners took advantage of the large lots to build their dream homes. As a result, mansions in the Bridle Path range in style and include Georgian, Colonial, Greek, neo-Gothic, Tudor, and ultra-modern designs.

The rich and famous continue to make their mark on the Bridle Path with customized mega mansions. In 2017, Toronto Life reported on plans by rap superstar Drake to build an elaborate mansion with 35,000 square feet of living space on a $6.7 million lot in the area. His opulent new residence will include a 10-car garage, an “awards room,” and a full-sized basketball court.

Many children in the Bridle Path study at one of the area’s exclusive private schools. The Crescent School for Boys provides classes for grades 3 to 12 on its beautiful 30-acre campus off Bayview Avenue. For parents who value language learning, the Toronto French School educates students from age 2 to grade 12 using an international and bilingual curriculum. In addition to being recognized by the Ontario Ministry of Education, the Toronto French School is accredited by the French Ministry of Education up to grade 10.

York University’s Glendon College is also located near the Bridle Path. Built on the historic Wood family estate, the campus has only 2,700 students and is spread across 85 acres of lush parkland giving it the atmosphere of a small liberal arts college. Glendon’s course offering focuses primarily on languages (especially French), international affairs, and public policy.

The Golf and the Country Clubs

The Rosedale Golf Club is the course closest to the Bridle Path as it sits just beyond the neighbourhood’s western edge. This private club is one of the city’s most prestigious and its coveted membership is difficult to obtain. Every one of the eighteen holes on the exquisitely well designed course is distinct in terms of its water features, changes in elevation and tight, rolling fairways.

The Bayview Golf and Country Club, located a short drive north of Toronto, also attracts many golfers from the Bridle Path. Bayview is consistently ranked among the top 100 golf courses in Canada and has hosted numerous professional and amateur championship tournaments. This private club also offers tennis, curling, and fitness activities, as well as exceptional dining and event facilities.

The Donalda Club is another excellent choice for golfers seeking a country club experience. This course is groomed to the highest standards and in 2001 was recognized for its high degree of environmental quality. The Donalda Club’s golf course will challenge players of all levels with 18 holes weaving through stunningly beautiful green space in the Don Valley. The club is also noted for its curling facilities which include 4 sheets of ice.

Get involved in the social life of the Bridle Path at the Granite Club. This posh club has state-of-the art athletic facilities, a vibrant social calendar, and hosts a number of interest groups allowing you to have fun while connecting with the club’s distinguished members. The Granite Club is the place to meet and play in the Bridle Path, however the club also offers members a variety of other services and additional amenities securing its reputation as one of Toronto’s ultimate lifestyle clubs.

For expert advice about luxury real estate in the Bridle Path or buying and selling a Carriage Trade luxury property in Toronto, contact a Royal LePage in the area.