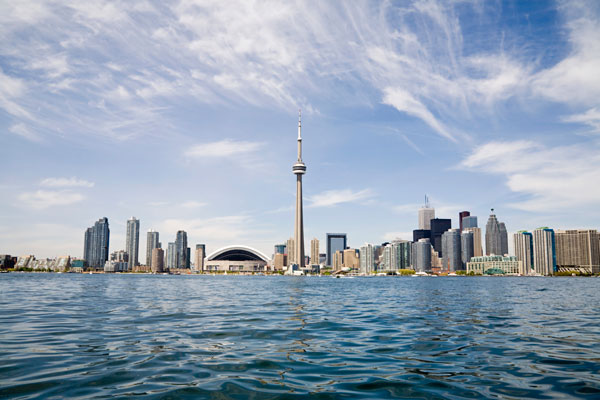 As Canada’s largest city and Ontario’s capital, Toronto is heralded as one of the world’s safest and most livable cities. This city of neighbourhoods is a driving force in Canada’s economy, fueled by immigration, investment opportunities, and a well-educated workforce all contributing to the healthy Toronto real estate market which has been historically favorable.

Play. Influenced by its multiculturalism, Toronto offers a wide variety of cuisines from all over the world. Restaurants and food festivals in the city showcase its appetite for international flavor. Toronto’s reputation as a festival city goes beyond food to include the Toronto International Film Festival, Caribbean Carnival and Pride Toronto, signature events among many that reinforce Toronto’s reputation as a tolerant and inclusive city welcoming to all. Indeed, it’s not surprising that people want to search Toronto houses for sale in order to live everything the city has to offer.

Widely known for its theatre and performing arts districts, Toronto is home to the National Ballet of Canada, the Canadian Opera Company and the Toronto Symphony Orchestra as well as a prominent indie arts scene, offering something for everyone. The Royal Ontario Museum, the Art Gallery of Ontario, and the iconic CN Tower that pierces the skyline, are just a few destinations popular amongst residents and tourists alike. Tourism is a core sector in the city’s economy and the 21 million people who visit Toronto annually also enjoy its premium shopping centres and seven major league sports teams.

Work. Toronto is the commercial capital of Canada and an international centre for business and finance. Considered to have one of the most cost-effective business and investment climates in the world, the country's largest financial institutions have their national headquarters within the borders of the city. Toronto’s productive economy is comprised of mature and developing industries serviced by a robust pool of highly educated workers who may be graduates of one of Toronto’s four leading universities or five colleges. Toronto is also Canada’s primary transport hub. More than half of Canada’s manufactured products are distributed from Toronto’s extensive road, rail, and air infrastructure. The stable, growing economy provides jobs and career development opportunities coupled with an investment-friendly climate to help secure the continued fitness of the Toronto real estate market well into the future.

Live. There are approximately 140 official neighbourhoods within the City of Toronto’s 630 square kilometers each offering a unique identity and character. Admired for their charm, Central Toronto’s neighbourhoods are populous and dense with nineteenth and early twentieth century homes occupying narrow lots contrasted by a rapidly expanding condo market that attracts investors and first-time homebuyers alike. The streetcar and the motorcar facilitated sprawl in Toronto’s inner suburban neighbourhoods. Larger lots and proximity to downtown have helped to maintain strong demand for these pre- and post-war homes that have since been extensively renovated and expanded in size through additions and top ups. More recent developments have focused on density, already present in older high and low-rise rental apartments evident throughout the city.

Toronto’s neighbourhoods are typically walkable and feature a full range of property types from the coveted detached home to the ubiquitous semi, and the topable bungalow to the ever more popular condo. When choosing Toronto houses for sale, whichever style of home or neighbourhood you prefer, Toronto offers an exceptional choice of options.

For detailed information on Toronto home prices and market trends, consult Royal LePage’s quarterly House Price Survey and Regional Market Updates.  If you've been thinking about buying a home in Toronto, seek the professional support of a local Royal LePage real estate professional to help you find your perfect home in a neighbourhood that is right for you. Search Homes for Sale in Neighbourhoods in and around Toronto