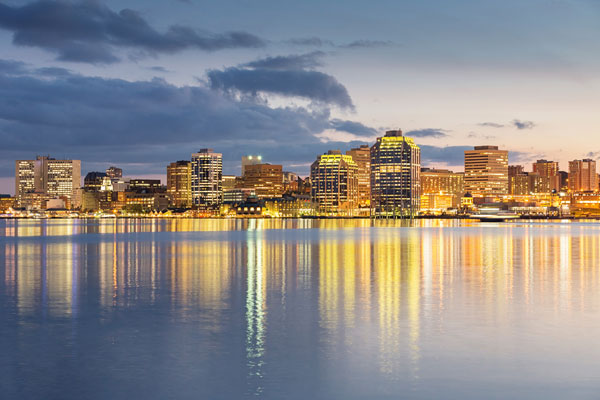 The Halifax Regional Municipality is the capital of the province of Nova Scotia, Canada. The Regional Municipality had a population of 390,096 in 2011 Canadian Census and the urban area had a population of 297,943. Halifax is the largest population centre in Atlantic Canada and largest in Canada east of Quebec City. Halifax was ranked by MoneySense magazine as the fourth best place to live in Canada for 2012, placed first on a list of "large cities by quality of life" and placed second in a list of "large cities of the future", both conducted by fDi Magazine for North and South American cities.Halifax is a major economic centre in eastern Canada with a large concentration of government services and private sector companies. Major employers and economic generators include the Department of National Defence, various levels of government, and the Port of Halifax. Agriculture, fishing, mining, forestry and natural gas extraction are major resource industries found in the rural areas of HRM.The area comprising present day Halifax County was settled for thousands of years by the Mi'kmaq. Those who settled on Halifax Harbour called it Jipugtug (anglicised as "Chebucto"), meaning Great Harbour. The first permanent European settlement in the HRM was on the Halifax Peninsula. The establishment of the Town of Halifax, named after the British Earl of Halifax, in 1749 led to the colonial capital being transferred from Annapolis Royal.The establishment of Halifax marked the beginning of Father Le Loutre's War. The war began when Edward Cornwallis arrived to establish Halifax with 13 transports and a sloop of war on June 21, 1749. By unilaterally establishing Halifax the British were violating earlier treaties with the Mi'kmaq (1726), which were signed after Father Rale's War. Cornwallis brought along 1,176 settlers and their families. To guard against Mi'kmaq, Acadian, and French attacks on the new Protestant settlements, British fortifications were erected in Halifax (Citadel Hill)(1749), Bedford (Fort Sackville) (1749), Dartmouth (1750), and Lawrencetown (1754), all areas within the HRM. St. Margaret's Bay first got settled by French-speaking Foreign Protestants at French Village, Nova Scotia who migrated from Lunenburg, Nova Scotia during the American Revolution.In 1996 the provincial government amalgamated all municipal governments within Halifax County to create HRM, a regional municipality comprising approximately 200 individual communities or placenames for civic addressing grouped into eighteen planning areas for zoning purposes. Search Homes for Sale in Neighbourhoods in and around Halifax